This initiative aims to both further develop existing research and initiate new research opportunities through the installation of a ‘smart city’ network in Kampala, Uganda, in order to produce data to help examine green infrastructure benefits within the Kampala metropolitan area. 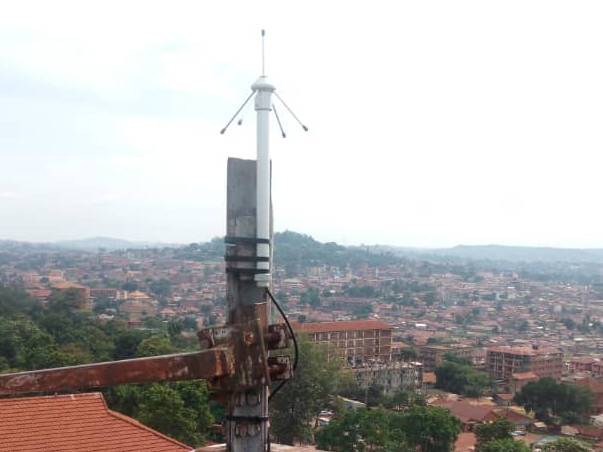 Kampala is one of fastest growing cities in Africa. Urban growth in Kampala and in the wider Global South has been characterised by rapid transformations of the natural environment in order to accommodate a rapidly growing human population. Accordingly, it is often the case that city planners are unable to cope with the rapid and spontaneous developments, meaning that considerations such as environmental quality and ecosystem services are overlooked, at the expense of the health and wellbeing of its citizens.

The study expands on an on-going PhD project based in the Department of Geography at the University of Manchester (funded by the Commonwealth and the IPCC) that examines intra-city climatic differences and the vegetation development processes linked to those local climatic differences in Kampala. Here, ecosystem service provision is inferred from intra-city local climatic differences and the resulting differences in cycles of vegetation development. The project is being undertaken with collaboration from other institutions in Uganda that include: Kampala Capital City Authority (City Council), Makerere University, 2 secondary schools and 4 primary schools, with capacity to build this network further. This will provide a foundation for responding to global challenges and the GCRF. It will test proof of concept for (a) wider application and (b) joining with other activities around green infrastructure and smart cities. The work will be partly exploratory, considering the wider potential of this technology. Outputs will include a website documenting the project and the data obtained through the network.

This PhD project has already established 23 sensor sites that are used to monitor air temperature, relative humidity, and mean radiant temperature (thermal stress) and soil moisture (at 9 of the sites) across Kampala. This funding will permit the installation of a LoRaWAN (Long Range Wide area Network) in order to explore its feasibility as the basis of ‘Internet of Things’ (IoT) real-time communication between the existing sites, as well allow exploration into the potential for new, high-density IoT networked sensor stations (nodes) throughout the city. LoRaWAN is an example of a LPWAN (Low Power Wide area Network), and permits sensors (nodes) to communicate over long distances using low power (i.e. coin-cell battery powered) radio networking technologies.

Such a network permits cheap and efficient real-time data collection from a dense constellation of sensors, which are able to ‘stream’ data to one or more ‘gateways’, which provide Internet ‘backhaul’ so that the data may be processed, stored and/or analysed in real time. Such systems therefore remove the requirement for expensive and often impractical ‘traditional’ networking solutions, such as WiFi connectivity, SIM cards or Ethernet cables, dramatically reducing the hardware and operating costs of dense sensor networks. The network could also be opened up as an ‘Open Network’ through organisations such as The Things Network, permitting others in the Kampala to take advantage of low-cost, low power communications for a variety of applications. This would represent only the second such Open Network in Africa, and the first in Uganda. Therefore we anticipate considerable interest from existing partners and those new to the research.